Types and Causes of Burn Injuries

Most burns are minor, such as the temporary pain that results from briefly touching a hot cooking pot handle. The pain is actually a good thing, as it lets you know the injury wasn’t bad enough to damage the underlying nerves. More serious burn injuries, such as those caused by building fires or car accident fires, can cause permanent disability. The specialized medical care, lost wages, and loss of work capacity can wreak havoc on your family’s finances. If there’s a possibility that the burn was caused by someone else’s negligence, contact a personal injury lawyer in San Jose to discuss the merits of filing a claim. You shouldn’t have to pay for a serious injury caused by an accident that was someone else’s fault.

Doctors classify burns according to their degree. A person may have a first, second, third, or fourth-degree burn. First-degree burns, also called superficial burns, are the least serious type. Just the outer layer of skin, called the epidermis, is damaged. This injury causes pain, and dry, reddened skin. An example of a first-degree burn is sunburn. Second-degree burns, also called partial thickness burns, damage the epidermis and part of the next layer of skin, called the dermis. This injury can cause pain, reddening, blistering, and swelling. Third-degree, or full thickness burns, will fully destroy the epidermis and dermis in the injured area. The subcutaneous tissue may also be damaged. Third-degree burns can look white or charred. Fourth-degree burns not only destroy the skin, but also damage the underlying bones, nerves, muscles, and tendons. Since the nerves are destroyed, this burn injury causes no pain and may immobilize part of the body.

Another way doctors can categorize burn injuries is according to their cause. Thermal burns, for example, are caused by heat. If the burn is a car accident injury caused by a burning vehicle, it’s a thermal burn. Thermal burns can also be caused by explosions, building fires, or contact with hot liquids or solids. Others include the following:

Any type of severe burn injury requires extensive rehabilitation and specialized medical care. A personal injury lawyer can help you seek the compensation you need to cover these medical expenses. 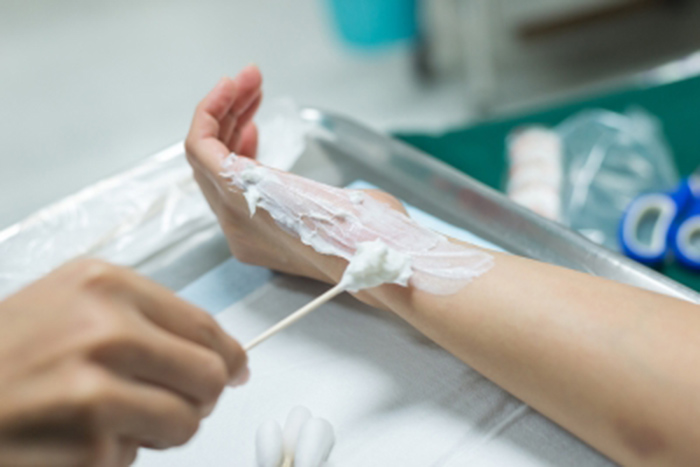