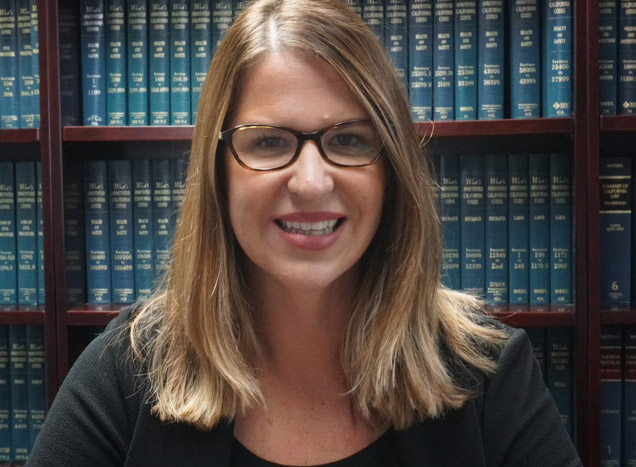 Kerry Hames is an experienced workers compensation attorney, representing injured workers. She received her bachelor’s degree from the University of California, Berkeley in Spanish. She spent several years living and working in Mexico before attending Santa Clara University Law School where she received her J.D. degree in 2006. She was admitted to the California Bar as an attorney, also in 2006. Since that time, her practice has almost exclusively been dedicated to representing injured workers. She appears frequently in the Workers

Compensation Appeals Board, primarily in San Jose and Salinas. She represents workers in all types of occupations who have suffered work-related physical and psychological injuries or occupational diseases, helping workers obtain compensation for temporary and permanent disability as well as vocational services. In the past she has represented numerous individuals with injuries such as trauma injuries to back, neck, shoulder, and hands as well as injuries caused by repetitive work activities. She has also represented individuals suffering work-related psychological disorders.

In addition to being a member of the California State Bar, she is a long-time member of the California Applicant Attorneys Association, an organization dedicated to helping injured workers. She has also been a guest speaker in the DeAnza Community College Paralegal Program and a guest judge for Santa Clara University Law School mock court proceedings.

Ms. Hames is fluent in Spanish.

Call for a Free Consultation
Back to the top