Have You Been Exposed to the Pesticide Chlorpyrifos?

The new head of the Environmental Protection Agency (EPA) recently overturned a scheduled ban on the pesticide chlorpyrifos, which means it is currently legal to use on agricultural crops in the U.S. This is a type of broad-spectrum insecticide that has been in use for several decades. It’s applied on field crops to kill fire ants, flies, flea beetles, and cutworms, but critics say it’s jeopardizing the health of fieldworkers and anyone else unlucky enough to be caught in the drift of toxic chemicals. Workers’ compensation attorneys in the San Jose area have been made aware of a case in which nearly 50 workers were taken ill in Bakersfield. They’ve reported several workplace injuries known to be associated with chlorpyrifos.

Forty-seven workers were busy harvesting cabbage on a Bakersfield-area farm when they began suffering from nausea and vomiting. The fieldworkers noticed a bad odor in the air, and at least one of them lost consciousness. Several employees sought medical attention for their workplace injuries. The owner of the cabbage farm denied using chlorpyrifos, but his neighbor did. It’s thought that the wind carried the toxic chemical from a nearby orchard, and the cabbage harvesters were exposed to it via the wind drift. Chlorpyrifos exposure can also occur from residue on food and contaminated water.

The Symptoms of Chlorpyrifos Exposure

Chlorpyrifos was once used in households. It was banned for household use after the chemical was linked to:

As a neurotoxic pesticide, chlorpyrifos acts on the respiratory, cardiovascular, and central nervous systems, and it can cause skin and eye symptoms. Symptoms of acute toxicity after inhaling chlorpyrifos include:

If the skin is exposed, involuntary muscle spasms and localized sweating can occur. Contact with the eyes can result in:

Other exposures to chlorpyrifos can cause systemic symptoms such as:

When chlorpyrifos exposure is fatal, this is a result of respiratory failure or cardiac arrest.

The Next Steps to Take

Agricultural workers who suspect they’ve been hurt at work from this dangerous pesticide should seek medical attention right away to document their injuries. A workers’ compensation attorney can handle pesticide exposure cases to secure maximum compensation for injured workers. 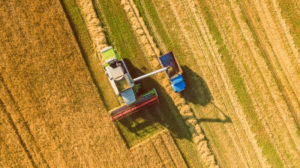