Can You Sue a Drunk Driver?

A significant portion of personal injury claims stem from car accidents. If you’ve been injured in an accident, it’s in your best interests to speak with a personal injury lawyer in San Jose about your legal options. Even if the other driver was arrested after the crash for drunk driving, you may decide to file a lawsuit to recover compensation.

States that follow no-fault car insurance rules give their residents limited options when it comes to recovering damages from drunk drivers. These rules usually require car accident victims to recover compensation from their own insurance carriers, even if the other driver was clearly at fault. Fortunately for Californians, this state is an at-fault or tort state. This means that victims can collect compensation from the at-fault drunk driver’s insurance carrier. They can also decide to file a lawsuit without having to prove that their losses exceeded a certain threshold.

Occasionally, an insurance company won’t offer a substantial settlement even when the at-fault driver was arrested for DUI. Talk to your lawyer about the merits of filing a lawsuit. If the other driver has already been convicted, there’s a good chance you’ll have a favorable outcome for your case. Civil lawsuits do proceed separately from criminal trials. However, the fact that the at-fault driver was convicted of drunk driving is compelling evidence of his or her negligence. 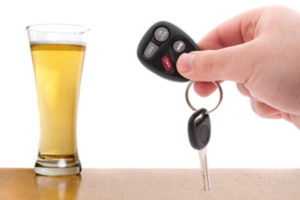