Consumers have the right to expect that the products they purchase are reasonably safe for use as directed. When defectively designed or manufactured products cause personal injury, consumers have the right to consult a lawyer about filing a product liability lawsuit. Injury compensation near San Jose can include compensation for economic and non-economic losses, in addition to punitive damages.

General Motors Co. (GM) has an extensive history of product liability cases. One of the latest reasons to consult a personal injury lawyer about filing a lawsuit against GM is its faulty ignition switches. The problem was uncovered early in 2014. It was determined that a few of the auto manufacturer’s vehicle models had defective ignition switches that could turn off the engine while the vehicle was in motion. The switches could also disable airbag deployment, disable the brakes, and disable the power steering. At least 13 deaths have been linked to the problematic ignition switches. Since 2014, GM has recalled 26 million vehicles with the faulty switches. The company is facing numerous product liability lawsuits, including two class action lawsuits. To date, $400 million has been set aside to compensate the victims.

An attorney can file a product liability lawsuit regarding a defective medical implant, such as defective breast implants. In 1998, cosmetic surgery patients and Dow Corning reached a settlement agreement to resolve claims that the defendants’ silicone breast implants had ruptured and caused scleroderma, other serious injuries, and death. The settlement amounted to $2 billion.

Today, it’s well known that asbestos is a dangerous material, but in previous decades, asbestos was prized for its fire retardant properties. The mineral was used in everything from road construction to roofing materials to airplane brake pads. The first lawsuit in the U.S. that linked asbestos to cancer was filed in 1966. Several decades later, in 1998, Owens Corning Corp. agreed to a $1.2 billion settlement to resolve product liability lawsuits that claimed its asbestos products caused mesothelioma and cancer-related deaths. There were 176,000 plaintiffs who were involved in the litigation. 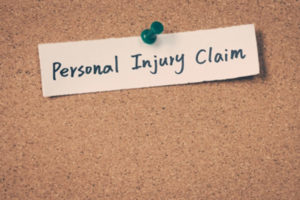